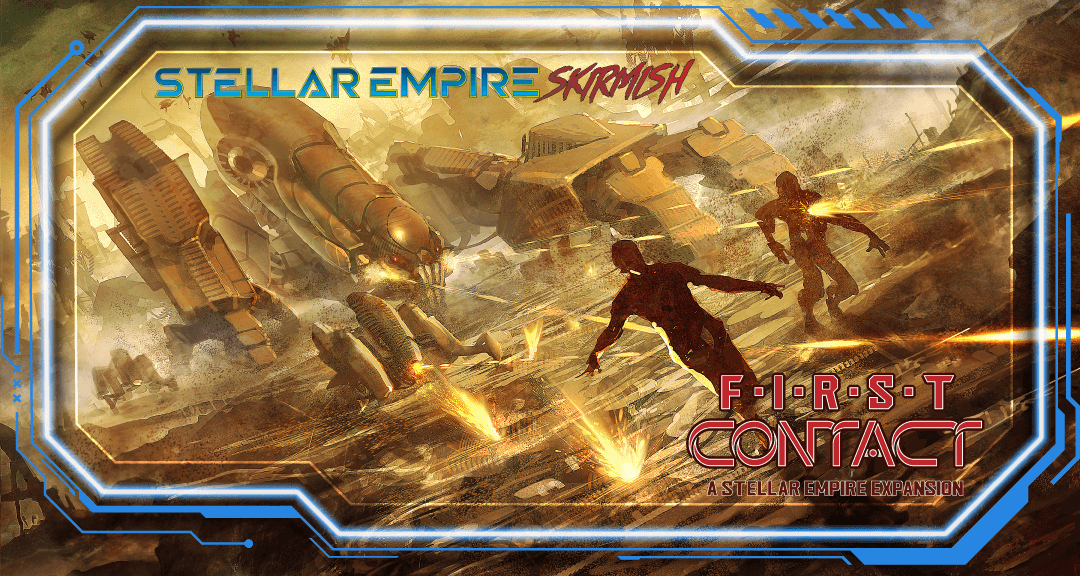 We are still working on play testing and developing Stellar Empire: Revolt, a stand-alone game covering the rebellion of the Ma’tens Junta against the Rogers Republic. Check out the Stellar Empire Wiki for more information, and keep an eye here for updates.

The expansion works similar to the Corporations and Mercenary expansions in that it adds a number of cards, but only a select few are used during each unique game. This allows the game to maintain it’s lightweight draw, while building in more strategic complexity.

When a First Contact card is drawn, players will combat over the system as normal – however, once a player gains the planet card, their final score will be adjusted by the new planet.

Not all planets are ready for you…

Players will need to take heed when landing on a system containing Primitives. These natives are spread out, look to your technology with fearful apprehension, and ultimately cost you more to maintain than you will draw from that planet for a very long time.

In game mechanics, that means Primitive planets end up costing you victory points. They cannot be ignored however, one player will end up securing the territory either through outright conquest or over the course of an eventual victory from a tie.

Available at the same time as Stellar Empire: Skirmish. This is a 9-card expansion (3 Space Age, 3 Industrial, 3 Primitive planets) and is only $3.99.

Players can remove the insert in the Stellar Empire: Skirmish box and store the expansion in the same box!