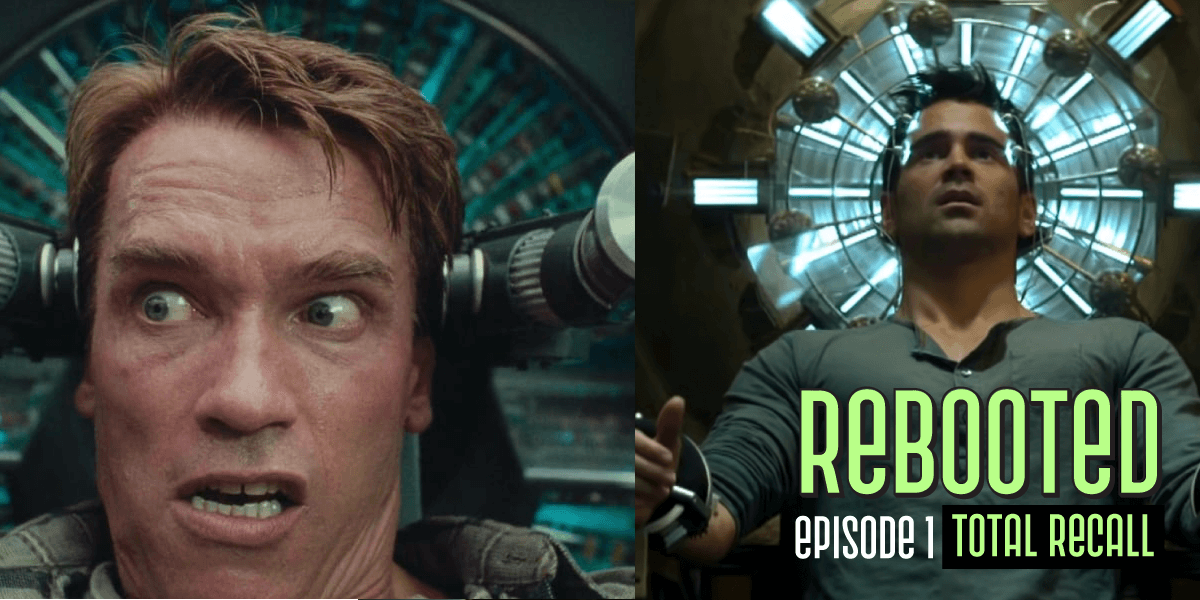 In this episode, we dive into the sci-fi classic Total Recall starring the Terminator himself: Arnold Schwarzenegger. Set in the distant future, a blue collar worker named Douglas Quaid finds himself embroiled in an inter-planetary rebellion after a visit to Rekall in search of a virtual vacation.

Remade (and relocated?) in 2012, the Colin Ferrell reboot sees Quaid one-upping Jules Verne as he travels through the center of the Earth  with an army of robots to stop a chemistry teacher from blowing up Australia (we’re paraphrasing).

As Kurt Russell learned in Escape from New York, predicting the future is never easy, but some folks a better at it than others. It’s a battle between omnidirectional elevators and a trip to the Red Planet, but we’re weirdly fixated on keyboards.