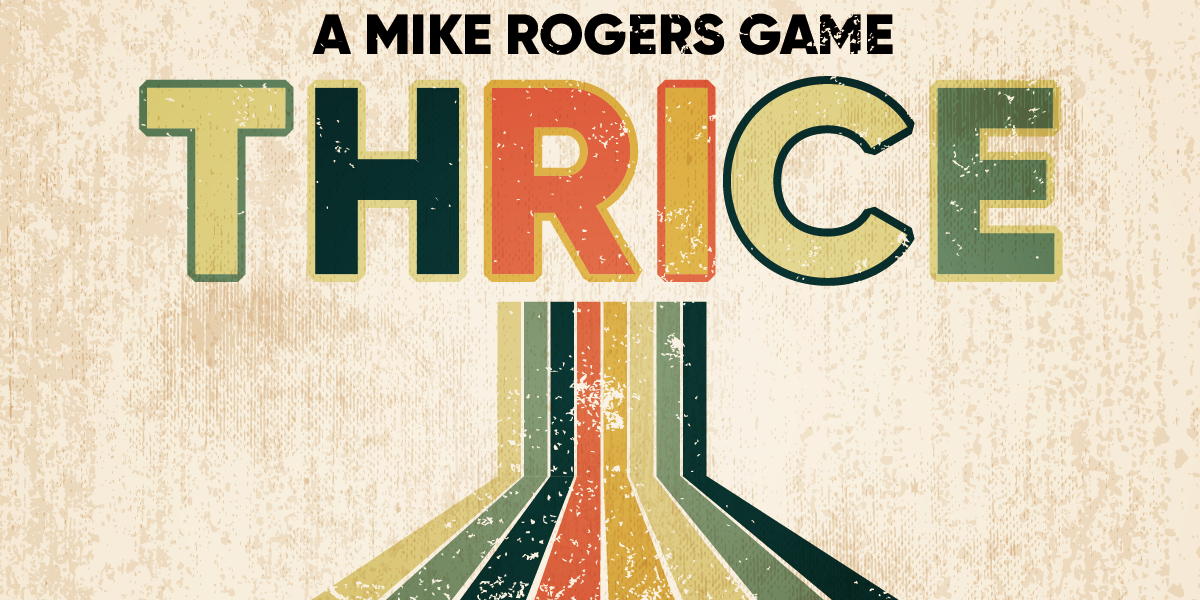 Today we’re announcing a new game by a brand new board game developer, Mike Rogers. Mike has been working on a number of games and has been connected with our FLGS since the beginning.

Mike’s first game published by Andak is titles ‘Thrice’ and is described as a “quick and easy-to-learn dice drafting and matching game”. The game plays very quickly.

Each player will take turns rolling a set number of dice and then drafting those dice. Players have a 3×3 grid they are trying to fill with rows and columns of either sequential or similar dice. Each row and column score points and the player with the most points wins.

In a rather disappointing turn of events, Landing Party has been temporarily delayed as we’ve run into delays with components and are facing increased costs for some components. If anyone is still interested in running play tests, please feel free to reach out.