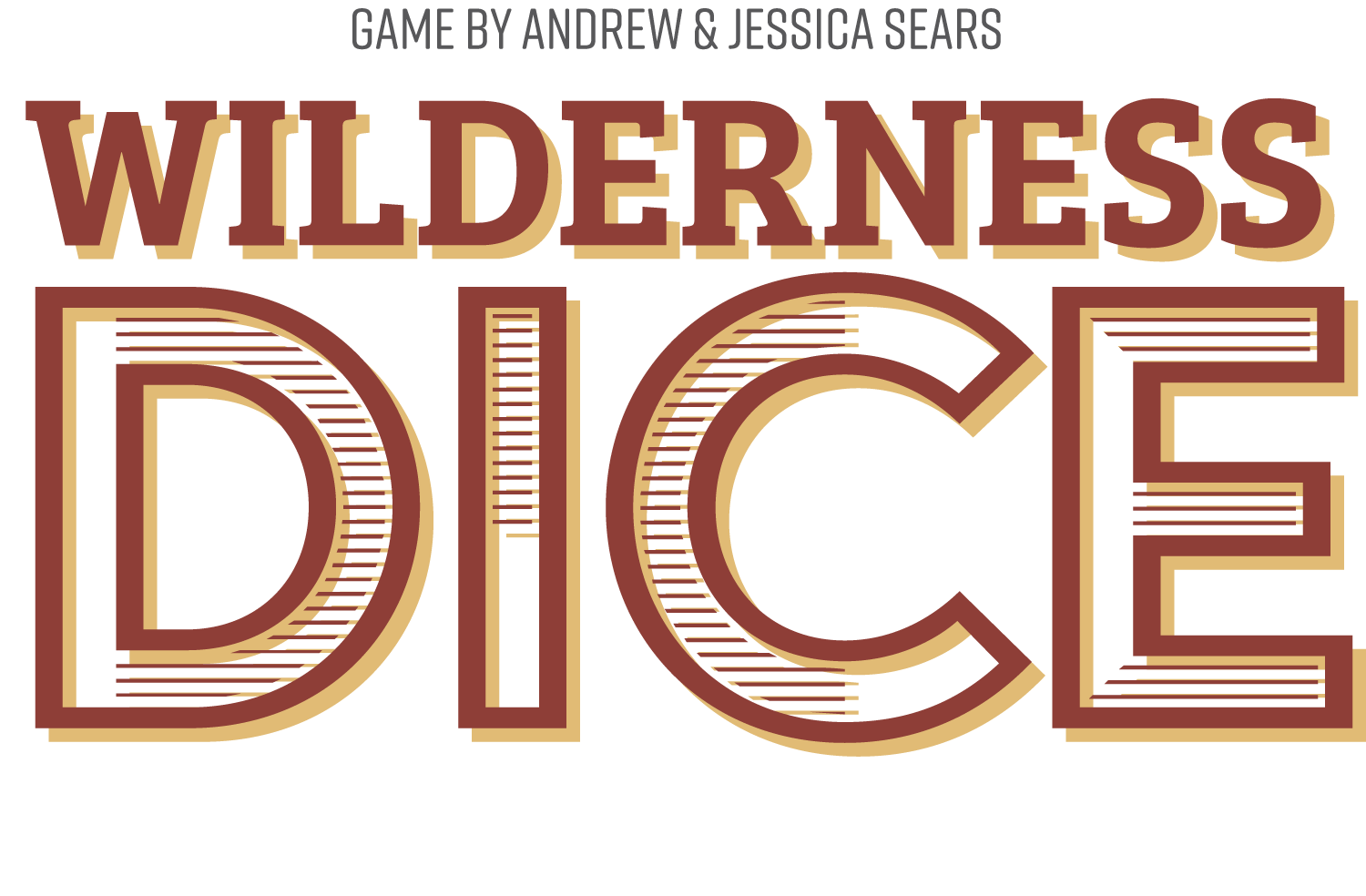 Wilderness Dice is back!

This time as a ‘Bring Your Own Dice’ edition. This version shares all the classic gameplay of Wilderness Dice, but comes without the 12x 6-sided dice. Being the most common type of dice, it’s our hope that players will be able to go into their collection and snag some dice to play with.

Players who are concerned about having enough dice on hand, we have a 12-pack of dice available.

The game is played in a series of three rounds. The round ends when there are no more dice to claim, either because players claimed them all – or some have been discarded. Each round players refill their hand back up to six cards, meaning any remaining cards in a players hand hang around until they can eventually claim a die to get rid of them.