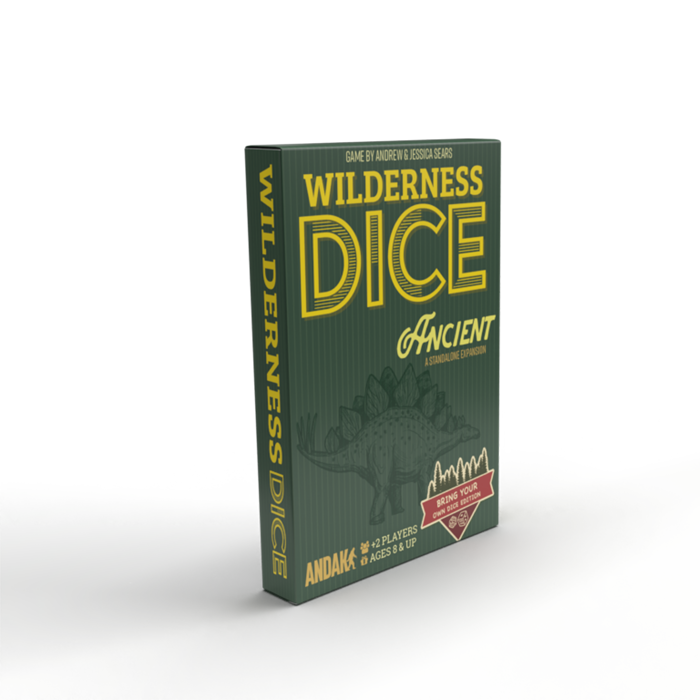 The Ancient expansion includes both Dinosaurs and Cryptids. Naming the set was difficult, and ultimately is named in honor of the two animals being vastly older than any other animal in Wilderness Dice (if cryptids actually existed, they’d surely be old). We hope that players choose these decks because they are fans of dinosaurs or the legendary beasts.