The Missions of Starship Reliant 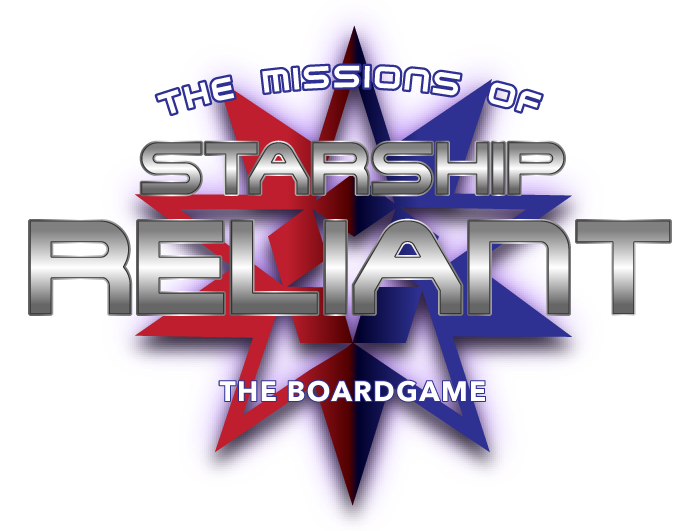 The player boards, damage deck, and crew will be cards.

The starships will either cut acrylic or resin (if we can get a 3D model).

The energy, shield rings, and enemy vessels will be tokens or wood components.

Save the Intergalactic Alliance

The Missions of Starship Reliant is based on the classic Macintosh game by the same name. In the computer game, players take on mission ranging from saving the alliance from invasion to stopping rebels. The game also includes a mini-game with energy management between shields/lasers/engines. The game also featured a crew management component which saw crew members go down in combat and require medical assistance.

The board game uses the energy management mini-game at its core. Players each control their own ship (the titular Reliant, or one of the others desired for this game; the Valiant, the Defiant, and the Radiant)

Players must battle to complete the mission together, while carefully managing their crew and their energy. The game offers limited options to replace crew members with higher skilled crew members. When players ships fall under attack, shield rings and laser blasts come at the expense of energy output. Task your engineer to, ‘give you that power’ to try and squeak your way out of combat. Almost every action takes power, and balancing that is important.

Combat comes in the form of attacks from fore, aft, port, starboard, dorsal and ventral. Attacking ships will attempt to out maneuver your powerful torpedos which can only be launched from fore and aft. Lasers will hit anywhere, but are not powerful enough to stop your adversary without draining you dry.

The computer game (left) with the player board [wip] (right)

History of our version

This title has been a concept for near a decade, and finally after connecting with Mike Rubin, author of the computer game, we’re moving from concept to development. Mike, who is also a board gamer has provided some incredible support with some game mechanic concepts as well as sharing art assets. Our lead designer, Andrew, was a huge fan of Mission’s when he was younger, and is excited to bring back this franchise as a board game.