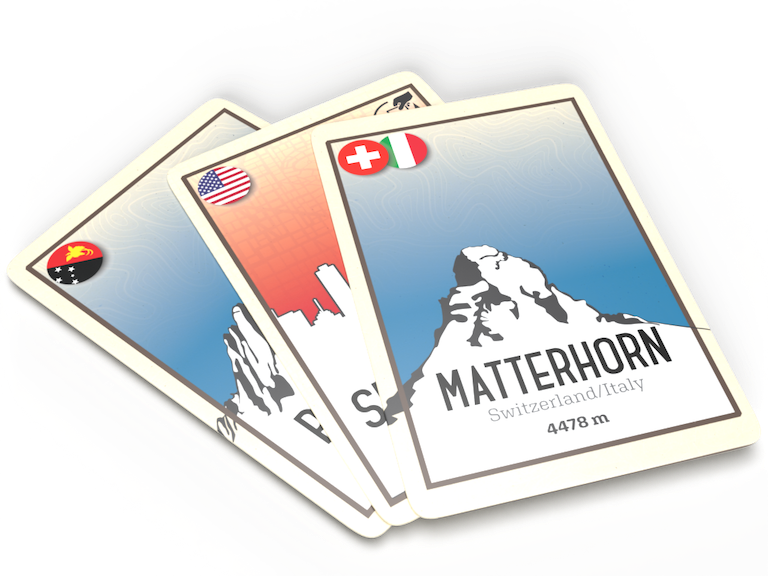 Collect the highest set of peaks

Summits is an easy-to-learn, easy-to-play card game. Players compete to have a set of the highest peaks in front of them – however your summits remain face-down through the entire game, requiring your memory to keep you from exchanging a soaring peak for a stubby national park.

But watch out for man-made wonders, they might let your opponents peek at your peaks, or even swap one with theirs!

A quick game for 2 to 6 players

Summits plays in just six rounds, quick enough that you can use it as a filler or play again to try any regain your prestige after a loss. 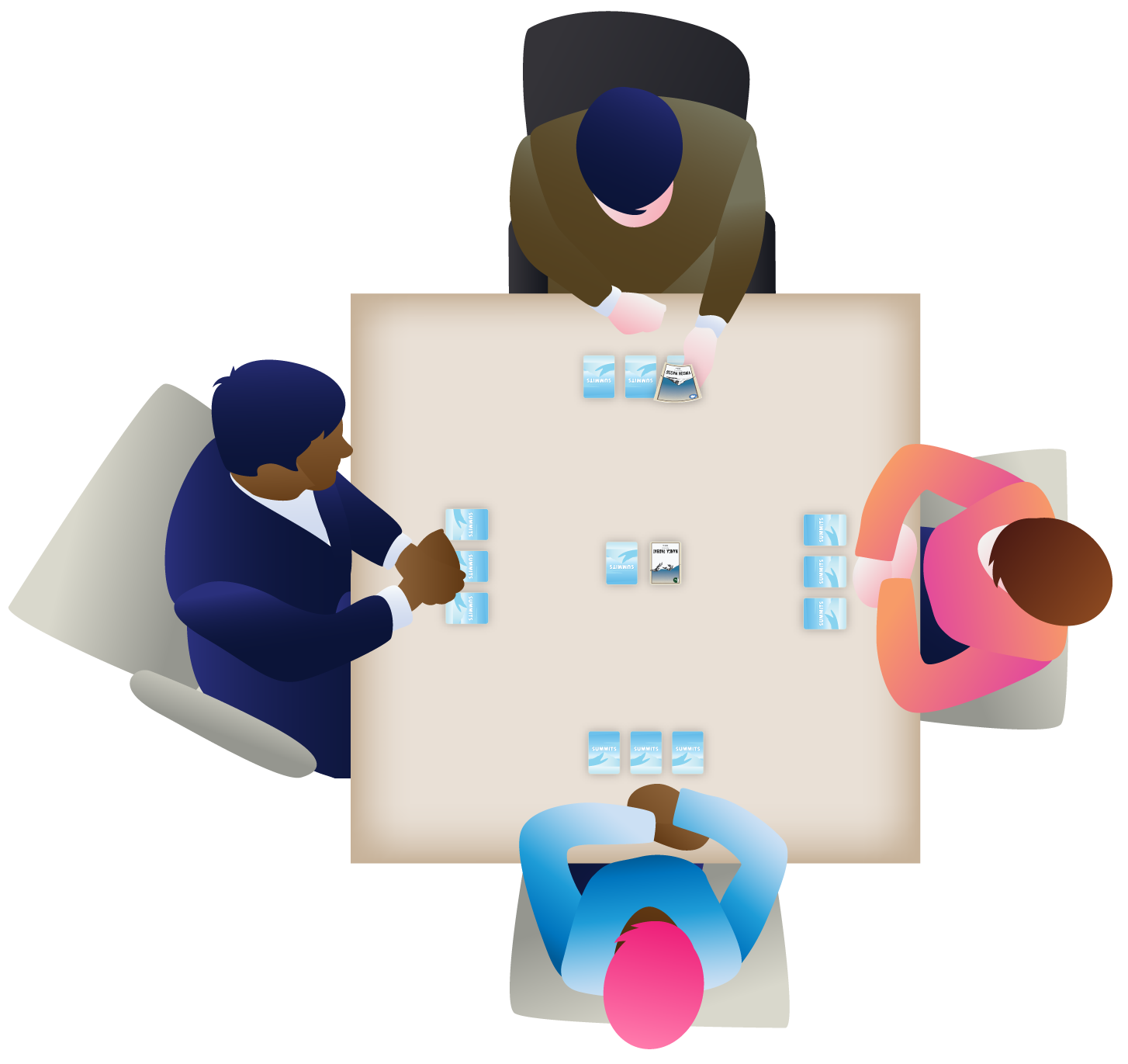 Gameplay consists of each player having three cards placed in front of them at the table. Players are allowed to look at the two outside cards before play begins – and never again until final scoring (unless you get an action card). Players must not only try and figure out which peaks their opponent has, but remember their own so they don’t discard a high peak. 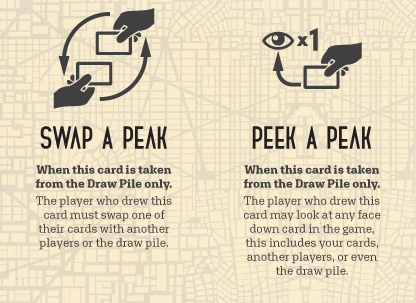 There are several action cards in Summits that help mix-up the play a little. The two actions; ‘Swap a Peak’ and ‘Peek a Peak’ depict man-made monuments and if you accidentally end the game with them in front of you … you will add their height, topping out less-than 1000 meters.

Action cards are only played when drawn from the Draw Pile, and they must be played immediately. Players cannot pick up Action cards from the discard pile and use them again.

Actions cards may end the game in your set of peaks, therefore each action card includes the mad-made structures height in meters so you can add it into your final score.