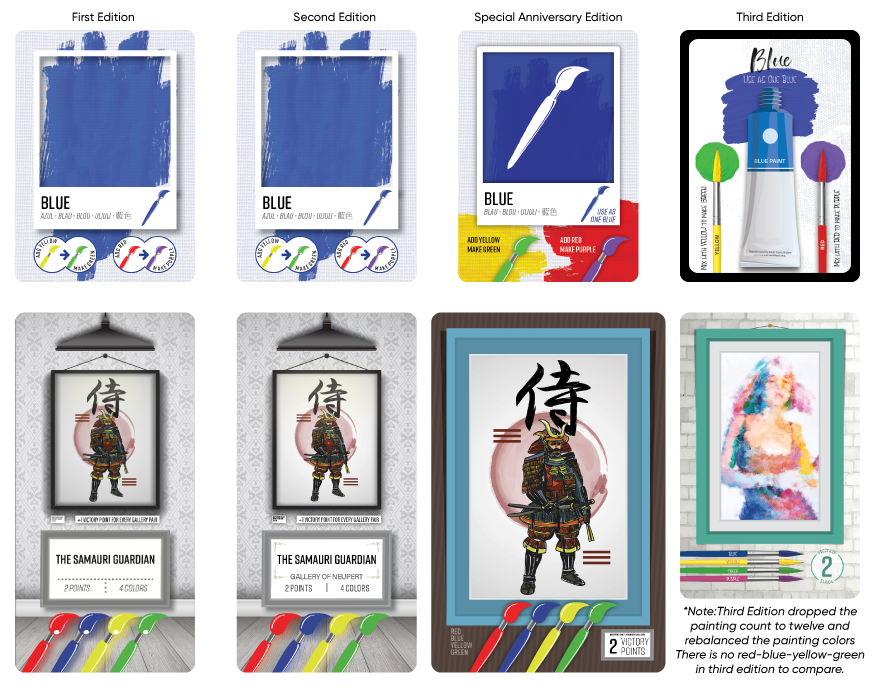 Our first edition of Art Major was a surprise hit. We sold it exclusively through the Button Man Print Shop in St. Charles, Ill., releasing a special promo card that acted as a quasi-business card for the print shops side business, selling games. We sold copies as far as California in the west, and Ohio in the east.

At that time, we were building all of the boxes in-house, utilizing the box we designed for Defcon Dice, we were able to add a custom sized painting card, with the paint stacked on top. The original game specified a +1 bonus for gallery pairs, but never actually explained what a gallery was (in the first edition it was based on the wallpaper behind the painting).

Since the game was produced in-house we didn’t do large runs, and did batches for 10-20 prints at a time. This led to the second edition. The second edition had a completely reworked rule book, galleries were identified by names (those of our early adopters), and added some streamlined play.

We didn’t make a big distinction between first and second edition, in fact we ended up selling them in tandem as we had found a number of first edition painting cards while we were producing second edition. 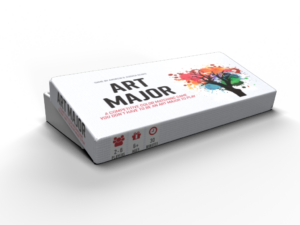 It was at this time, we lost our ability to produce games in-house and our entire publish apparatus went on hiatus as we concentrated on our FLGS, Jakrew. During this time, we dabbled with other publishers and I quietly released a special anniversary edition that was supposed to drum up support for an Art Major Kickstarter. These special anniversary editions are still available through the print-on-demand service The Game Crafter.

The special anniversary edition, while available, is not labeled for resale and is intended as a promotional product only. We do not allow it to be resold out side of orders from the Game Crafter. We kept it available for those who want to complete their set, or just really enjoy the 3.5″ x 5.5″ painting cards.

As the COVID-19 pandemic forced the closure of Jakrew, we found ourselves looking at our game publishing again. At that point, Art Major had been out-of-print for a year and a half (not counting the special anniversary edition), and our only in-print game was Monster Bash.

We had a back-catalog of game designs to be developed, and some popular games waiting for reprints. We could no longer economically produce our stand-up boxes, so we began working with the tuck box printer who did Monster Bash and relaunched Wilderness Dice. 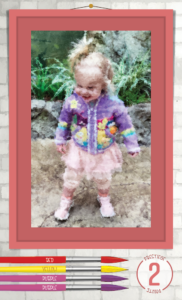 During this effort, we knew we wanted to reprint Art Major. We saw it popped up on a Geek List on BGG, and we had customers who’d shared the game with their friends looking for copies. But we wanted something better than a hook box like the special anniversary edition.

Then, in 2021, in the depth of the pandemic — we launched a Kickstarter for our game Stellar Empire. This effort gave us the ability to order a larger run of Art Major (as well as Landing Party).

I had done a lot of work branding a unique style for Stellar Empire, Landing Party, and Beep! Boop! and I felt like the ‘font’ logo of games like Art Major could use a refresh. This led to redesigning the core look of the game, giving it a more ‘real’ and ‘student’ look to the game. I wanted it to feel more like ‘painting’ and less like ‘illustration’.

We’re excited to have Art Major back in our lineup. Preorders start today, July 25th, and we will be shipping by August 25th!